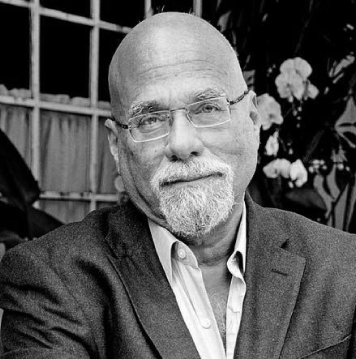 Roger Schank. Ph.D., is the Chairman and CEO of Socratic Arts, a company that delivers Story-Centered Curricula to businesses and schools. He is also the Executive Director and founder of Engines for Education.

Previously, Dr. Schank was the Chief Education Officer of Carnegie Mellon's West Coast campus, where he introduced the idea of master's degrees that use a Story-Centered Curriculum in lieu of the traditional course-centered approach. He was the founder of the Institute for the Learning Sciences at Northwestern University where he was John Evans Professor of Computer Science, Education, and Psychology, (now Professor Emeritus).

I have to mention that when I say "I've done." I don't mean it was just me usually. Far from it. I have always had a team of students and professionals working with me. So here is a list of stuff I am proud of, almost never done solely by me.

The main business of Socratic Arts is the design of live simulations for corporations that like to teach their employees in the same physical space We also build online learn by doing courses; tools, knowledge management systems and just in time learning systems

Engines for Education: a not-for-profit

We built an online MBA program (as a Story-Centered Curriculum).

While at Yale I started two companies:


And, of course, we have a number of things we are working on that we are not ready to discuss here (watch this space).